Greetings from the archipelago. The sun sets here at 2:50 pm, isn't that crazy in a magical way.

Have you thought of any resolutions for the next year? I'm sticking to my resolution not to have any
resolutions, but for the next year, my guiding word will be "power." That word can mean many different
things to different people, but to me this coming year, it means becoming the master creatress of my
own life; taking charge, no more excuses, no more feeling helpless, no more I can'ts or I shouldn'ts, or I
only wish I could!s.

It doesn't look like Finnish December here. The sun is shining, no snow. It's beautiful.
(My children are beautiful).

Peace and joy to all of you!

Sisi And Some Answers

I got an early Christmas gift in the mail today, a new lens. Oh the joy!

EDIT: There was a whole post here about photography, but I feel too embarrassed to keep it up.
To answer a question I've been getting: I use a Nikon D60 with 35mm/1.8 lens, and since yesterday,
my Christmas gift, a 50mm/1.4.

And: My pictures aren't perfect, but they don't have to be.

Labels: photography, Sisie, there is no light in December so my photos are poor sorry no wait I have a new lens

I have been to many castles in my life, being a Rhinelander and all, but the Winter Palace tops them all,
hands down. (I have yet to visit Versailles, the verdict is still out on that one.) Not only is it stunning and
detailed and beautiful, but it is also quite homey somehow, which is such a funny thing to say of a
castle/museum. I think what makes the difference is that you can just walk around, with a map in hand,
at your own pace. All other castles I've been to, you had to be part of a guided tour, weren't allowed to
linger, etc. At the Hermitage, we stayed and looked at the Monets and Van Goghs forever, and you are
so close to the paintings and statues that you almost get to touch them. The golden door handles have
had their gold rubbed off by all the people who've handled them over the years. The benches, too. It's
quite lovely, and special, and really makes you appreciate architecture and art in a new way, when you
get to be a part of its history like that. I wish we could have stayed longer! (But after 4 hours, the girls
did not care whether this was a real princess castle or not, they wanted to go!)

Good thing they had horse carriages waiting for them outside. Ha! :)

It was raining and snowing almost the entire time, which means I didn't get to take any pictures of the
rest of St. Petersburg, which is too bad, because it certainly is a sight to behold. It's kind of like Western
Europe, in terms of how it looks on a very general scale, but then it isn't Western Europe, at all, but
something entirely foreign and wonderful. Finns are always really proud of their downtown Helsinki,
with its three pretty buildings and the President's Palace, but St. Petersburg is made up of a thousand
President's Palace-like buildings, golden domes, and general Orthodox whimsicality. The difference is
that the buildings aren't well-maintained, at all. Except for the Hermitage, the veneer is coming off on
all buildings, pipes have come undone, etc.

It really is the perfect symbol for a country whose facade is
trying really hard to hide the bits and pieces falling apart and coming undone underneath. It's very charming.

There are changes happening there, once again, and you can feel it in the people and the infrastructure
when you go. It's energizing.

Aaand in other news, I got to eat borscht and draniki, with lots of sour cream, at this little restaurant we
happened upon by the river, as we were walking aimlessly around town. It was such a wonderful trip.
And now I have a soar throat and a fever, from all that running around in the rain. Oh well, a price I'll
gladly pay.


PS I might come back later and edit this blurt of a text, but for now, I'm too tired and will jump into my
bed. Night night.

Random and a Reminder

We received a glögg cake, gingerbread cookies, and hand-knitted socks from a sweet sister in our ward.
So lovely and thoughtful, quiet, without much ado, The Spirit of Christmas - there it was, suddenly, finally.


We are going on a mini vacation to St. Petersburg tomorrow. I am so excited, I've never been to Russia,
although we only live a 5-hour drive away. Pics to follow.


Have a great weekend!

PS If you participated in craft-it-forward, and you still haven't e-mailed me your postal address, now
would be a good time to do it: zweischlitzohren(at)gmail.com. No, I haven't forgotten. :) 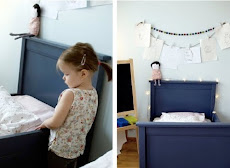